Throw An Alien-Themed Party for “Men In Black 4”

Men in Black is back, and better than ever! In 2019, the beloved movie franchise will get a reboot.

“Chris Hemsworth” by Gage Skidmore is licensed under CC BY-SA 2.0

Chris Hemsworth is joining the fun as Agent H, while his fellow Thor: Ragnarok alum Tessa Thompson will make her mark as Agent M. Emma Thompson will return to the series as Agent O. 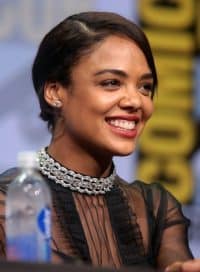 Will Smith might not be in the mix, but the franchise still appears to be in great hands.

Whether you adore Men in Black or know absolutely nothing about the movie’s alien-chasing agents, your Men in Black: International party could be the talk of the town.

Pay homage to this amazing series with a themed event highlighting the real stars of the franchise: the aliens!

Whether you opt for an alien-themed birthday party, a movie marathon, or some other special occasion, you’re bound to make amazing memories as you celebrate both the release of the 2019 MIB and the many great films that came before it. 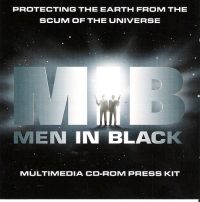 Set the mood for the ultimate party with decor that reflects the film’s silly yet badass feel. If you’re not sure where to begin, basic “galactic” decor is a great option. Anything that resembles a planet or a star should work nicely. Glow-in-the-dark stars look particularly impressive when the lights are low.

If you’d rather play up the movie angle, posters from all four Men In Black films are a welcome addition. Don’t forget to add aliens; they can be incorporated into streamers, tablecloths, banners, and many other types of decor.

Ready to take your decoration game up a notch? When in doubt, cardboard cutouts are a great option. These cutouts can reflect the film’s protagonists (either from the original movies or from the reboot) or interstellar villains such as Edgar the Bug.

Custom cutouts can also be created featuring the party’s VIPs dressed up as Men in Black agents. Place cutouts near the entrance, by your photo backdrop, or sporadically throughout the venue. 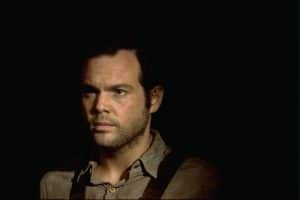 This one is simple: all you need is the Men in Black soundtrack. As guests enter the party, play the iconic Men in Black theme song. From there, move on to other hits. If you’re looking to further expand your playlist, include alien or space-related songs such as:

Think carefully about whether a dress code is warranted for your party. The right outfits could certainly spice up the occasion, and it’s not exactly difficult to dress up as one of the movie’s agents. A lot will depend on the age and interests of your guests, as well as the formality of the party.

If you request costumes, don’t forget to create a photo backdrop where costumed attendees can pose with props. These pictures can be posted on social media or used for keepsakes.

The standard costume, of course, includes a white dress shirt, a black suit, a black tie, and black sunglasses. This getup has changed little since the original Men in Black movie was released. The iconic look appears to be fully intact for the upcoming Men in Black reboot. Dress in a classy suit, and you’ll look just like the past or present casts of Men in Black.

If you’re feeling ambitious, you’re welcome to dress up as an intergalactic creature, in keeping with your Men in Black party’s alien theme. Alien villains may be more difficult to pull off but could prove well worth the effort if you possess a little ingenuity or a big enough budget to invest in a custom-made costume. 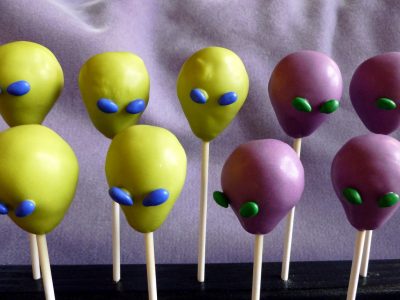 A few games can instantly turn an otherwise boring gathering into an exciting occasion. Alien-themed games may seem difficult to plan, but they’re not as complicated as you might think. A variety of standard party games can easily be adapted to fit your chosen theme. Examples could include an alien pinata or pin the eyes on the alien.

For super fans, trivia games are an excellent option. This is your opportunity to determine who truly is a fan of the Men in Black series and who is merely a casual viewer. Be sure to give the trivia victor a Men in Black themed prize such as a movie poster or a pair of sunglasses.

Guessing games are also welcome; everybody could be assigned an agent character, for example, with one person forced to take on the role of an alien villain. The agents must then determine who is the villain.

At a smaller party, busting out the Men in Black video games is always an option. You can also turn your bash into game night with a unique and highly amusing board game involving a crossover between Men in Black and Ghostbusters — Men In Black/Ghostbusters: Ecto-terrestrial Invasion. Yes, this game exists, and yes, it’s glorious.

If your party is based on a movie, it only makes sense for that film to play in the background during the event. For a more intimate occasion, the movie can form the basis of the event’s entertainment. If you have time to spare, arrange for a movie marathon featuring all three of the franchise’s films thus far.

For an adult event, you can amp up the watch party by adding a drinking game. The best alien party ideas for adults involve drinking, and movie marathons are no exception. Create a list of frequent occasions that will force participants to take a sip of their beverage, or, if you’re going all out, an alien-themed shot. If you prefer to keep it simple, take a drink when somebody’s memory is wiped in one of the movies. Be prepared to take small sips, because this happens a lot. 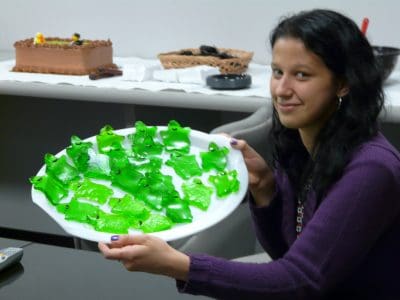 Thematic snacks are a must for an occasion such as a new Men in Black film. After all, as Edgar said, “It’s a long trip. I’ll need a snack.” Keep it simple with alien-themed sweets such as cupcakes or cookies designed to reflect the films’ antagonists. In other words: lots of green frosting. Up the ante by investing in silicone alien molds, which can be used for lime jello. If you desire something a little healthier, avocados or guacamole can fit well into an alien theme.

Whether alcoholic or not, beverages can add a great deal to your alien party. Don’t be afraid to experiment with new and unusual recipes. The following few ideas should be enough to get you started! 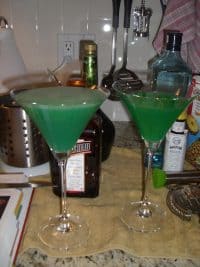 Make the most of this huge occasion! the reboot of your favorite movie franchise, MIB 4 could prove the dawning of a new era for this beloved series. A few special touches, and you’ll have no trouble throwing a party that is out of this world!

Ready to take your party to the next level? Our professionally printed BigHeads and life-size cutout standees can bring a unique and highly memorable look to your event. Start designing yours today!