If you had to make a list of some of the most famous characters in pop culture history, the Joker would undoubtedly be right at the top.

Also commonly referred to as the Clown Prince of Crime, the Joker first appeared in the 1940s in “Batman #1” and has since become every bit as famous as the Caped Crusader himself. He’s so well known, in fact, that he’s even starring in his own Batman-less film (appropriately called “Joker”) that will be released in a few months (the official Joker release date is October 4, 2019.) 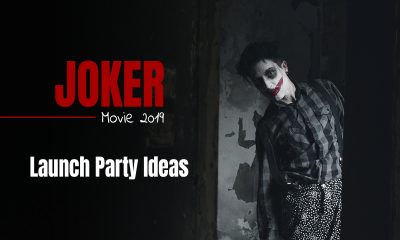 Everyone loves the Joker, and everyone loves parties – so combining the two is a natural step to take. But if you really want to make sure you throw the type of Joker movie launch party that your friends and loved ones will remember forever, there are a few key things you’ll want to keep in mind.

The Story Behind the Joker 2019 Movie

One of the most important things for you to know about the upcoming “Joker” movie is that, by all accounts, you really don’t have to know much of anything at all.

Unlike most comic book adaptations, this one is NOT based on any pre-existing story. According to writer and director Todd Phillips, it’s not actually based on the comic books themselves to any particular degree. Even Joker’s real name – which nobody has ever really known for sure – is new (he’s Arthur Fleck in this film). Yes, it features the famous Batman villain and yes, rumors are that familiar faces like Thomas Wayne will make an appearance. But according to the rumor mill, this is a totally original story that does NOT require any knowledge to fully enjoy. That means you can just sit back, relax and enjoy the ride.

Along the same lines, you should also know that while the Joker has recently appeared in the DC Extended Universe series of films, this movie isn’t related to THAT depiction, either. Just a few years ago, Joker was portrayed in “Suicide Squad” by Jared Leto in a performance that divided fans and critics straight down the middle. But this Joker has absolutely no relation to that film at all – or to any future depictions not played by Joaquin Phoenix, for that matter. In fact, it appears to be a Joker movie in name only – which is probably the way it should be given the recently mixed reception to films like “Batman v Superman: Dawn of Justice.”

Another key thing to understand is that unlike most comic book movies, “Joker” seems to be aiming squarely at an adult-oriented audience (this is one of those very rare R-rated superhero movies). If you were planning on taking your little ones to the film thanks to memories of Caesar Romero’s Joker from the 1960s “Batman” TV series, you’re definitely going to want to think again. Not only is the movie rated R, but the trailer itself was already unnerving – so you can imagine what the finished film will be like. 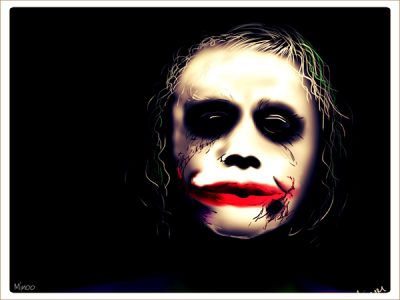 “Why so serious” by Minu Pilvankar is licensed under CC BY-NC 4.0

Not much is known about the actual plot of the “Joker” movie, or if this is supposed to tell a version of the Joker’s origin and backstory, but we know that it stars Joaquin Phoenix as a down-on-his-luck comedian who may or may not go on to become one of the most famous villains in comic book and pop culture history. If this Joker is not THE Joker, at the very least he inspires someone else to one day pick up that mantle… much to the chagrin of Gotham City residents everywhere.

“Joker” is set to debut at the Toronto International Film Festival in September of 2019, before a wide release just a few weeks later on October 4. Early buzz about the movie is that this is truly a unique experience – but that it’s also one that will divide movie and comic book fans in a significant way. Whether or not the movie is actually good remains to be seen, but one thing is for sure – this is a big swing in an interesting direction and is one that a lot of people will be paying attention to moving forward.

Maybe the best part about all of this is that BECAUSE the upcoming new Joker movie is adult-oriented, you have a wide range of different options to choose from when it comes to throwing the perfect launch party. 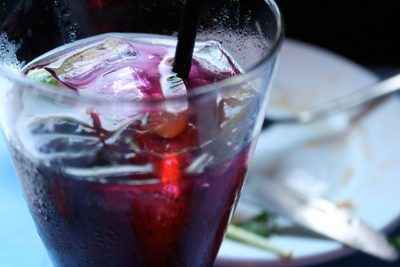 First, get out your mixing glass and start thinking about all of the alcoholic beverages you can make. Bonus points for any drink that relies heavily on the Joker’s classic color scheme of purple and green. The same is true for snacks, too – you could make a cake with a white base and green icing to mimic the Clown Prince of Crime’s traditional appearance.

In terms of joker decorations, you may consider getting professionally printed big heads with some of the famous actors to appear as the Joker throughout the character’s rich cinematic history. Obviously, this includes the Joker 2019 cast including the aforementioned Joaquin Phoenix and Jared Leto, but why not also consider Jack Nicholson and Heath Ledger, too! Also, life-sized custom cutouts could be a great way to decorate your home and really get people into the mood. Take these with you to the theater and you’ll be a hit!

Finally, a fun thing to do might involve actually watching some of those previous cinematic Joker appearances (there are lots of great Joker compilations on YouTube) – though again with an understanding that nothing you’re watching actually matters in terms of the plot of the upcoming film. One of the great things about the Joker is that his persona at any given moment is really a reflection of the current era. So in Tim Burton’s 1989 “Batman” film, Nicholson’s portrayal is very much ripped straight out of that decade. He’s a gangster, through and through. This is contrary to Heath Ledger’s portrayal decades later, where the Joker is seen as much more of a domestic terrorist.

Watching how the character has changed and evolved over the years can be a great way to get ready to see that evolution happen yet again.

If you’d like to find out more information about the upcoming “Joker” movie, or if you’re interested in learning more about all of the items you can use to throw the best launch party possible, please don’t hesitate to contact Cardboard Cutout Standees today.